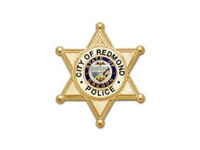 Lieutenant Eric Beckwith has been with the Redmond Police Department for 12 years. He is currently assigned to the Patrol division and has also served as a Patrol Sergeant, Detective Sergeant and Street Crimes Sergeant. Lieutenant Beckwith is also a current member of the region’s SWAT team. Prior to his work at the Redmond Police Department, Lt. Beckwith worked for the Deschutes County Juvenile Department. It was during this work that Lt. Beckwith first contributed to prevention efforts when he served as a member of the Think Again ParentS (TAPS) Coalition in Redmond. Lt. Beckwith is married to Khiva Beckwith and they have three children. Lt. Beckwith volunteers in his spare time as a youth sport coach and enjoys fly fishing.